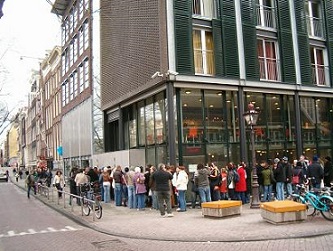 Anne Frank was a girl from a Jewish/German family. They lived first in Germany but when the Nazis got the power, they left to the Netherlands. In 1940, The Nazis invaded the Netherlands and the Jews got many restrictions such as wearing a yellow star. When the family received a call-up in 1942, they decided to hide themselves. Anne started to write in her diary about her daily life in the secret hiding place. August 1944, the family was betrayed and they were transported first to Westerbork but afterwards to Auschwitz-Birkenau and Bergen-Belsen. Anne got typhus and died in 1945, a few weeks before the camp was liberated by the British Army.