Take only a taxi at the taxicab stand! 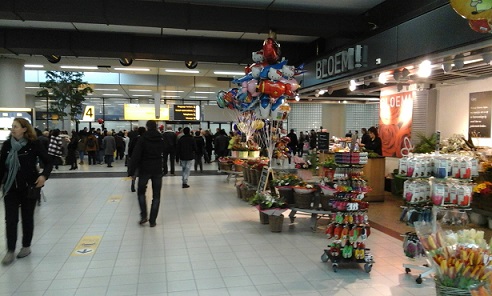 Family and friends are waiting in the arrival hall for passengers who are landed.

Go to the taxicab stand outside

When you step through the door behind customs you are in Schiphol Plaza. Go to the main square and follow the signs on the floor with ‘directions to official taxi rank’. This official taxi rank is located just outside Schiphol Plaza. Do not go with people who carry “Official Taxi” because there is a good chance that you will be scammed. The scammers will take you to the garage where their taxis are parked. A standard rate of a taxi from Amsterdam Airport to the city center is approximately 50 euros. The scammers ask prices between 100 and 500 euros. Asian tourists are particularly targeted. Don’t take any chances but ignore those people and walk outside to the official taxi rank. 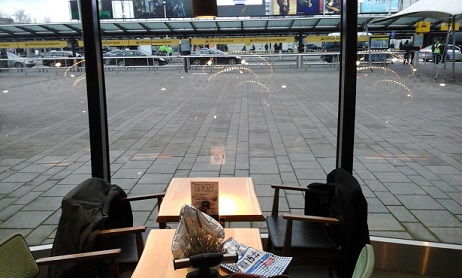 The official taxi stand is just outside the Schiphol Plaza

The train is operating 24 hours a day. In the middle of the night the train is leaving every hour from the airport to Central Station. The travel time is 13 minutes and the fare is €4.50. After 00.00 hours there are no trams or metro’s running in Amsterdam city center.